The top-secret project we’ve been working on for the BBC has finally been released! Nightfall is a new interactive multiplayer game for eight to 11-year olds. It’s been a hugely exciting piece of work, that’s taken us to the darkest realms, exploring our worst nightmares, all in the name of brand development.

A thrilling social gaming experience for pre-teens, Nightfall has initially been released on Beta at www.nightfallthegame.co.uk.

It’s the first game from the BBC that’s not based on an existing BBC brand, programme or character. It is also the BBC’s first ever multi-player game, encouraging player interaction and teamwork within a safe environment.

So, what is Nightfall?

Nightfall is a game of contrasting worlds, moving from serene surrealism to eerie, darker realms where players become immersed into a bizarre dream world as soon as they drift off to sleep. They become Nightfallers (goodies) driven to explore increasingly difficult dreamscapes as they encounter and defeat the Knags (baddies), to stop them invading and turning dreams into nightmares.

It’s a fun game but its core mission is to ‘inform, educate and entertain’, specifically engaging with the pre-teen audience. The idea behind creating a multiplayer game was to encourage children to work together – with all of the benefits associated with teamwork and learning to be a team player. By working together the players can defeat an adversary, played out within a safe and positive online space. It promotes a message that you don’t have to work alone when tackling a problem.

Will Storer, senior product manager at the BBC explains more about the game and the BBC’s objectives here: https://www.bbc.co.uk/blogs/internet/entries/16fadf8c-73e2-4e9f-a69c-23dd3011c564 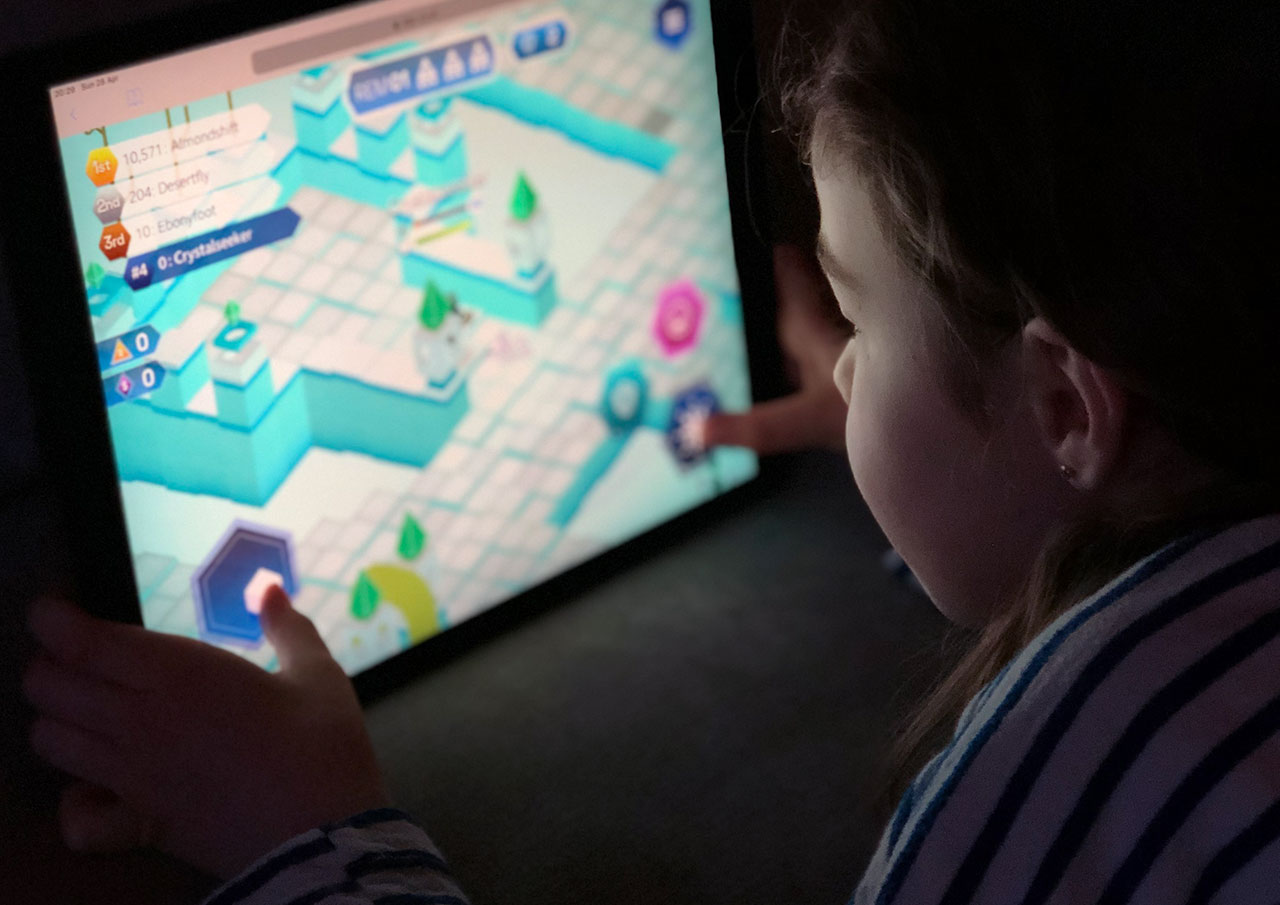 MERó was the creative lead on Nightfall’s branding and out of game character development, working in close collaboration with the BBC and the game’s developers GoodBoy Digital.

We were tasked with producing a full, digital-focused brand identity for Nightfall, covering everything from logo to tone of voice and colour palettes which then informed the offline and out of game character development. The overriding aim of this was to ensure Nightfall stands out with a clear and consistent brand message that can be applied across all media.

Collectively, we treated Nightfall as a brand ecosystem rather than a game – and that meant creating a full set of digital-first brand guidelines to direct the evolution of the game, with core elements that work across every application.

Nightfall is the BBC’s first stand-alone game for children that’s not aligned to a brand or programme from the Cbeebies and CBBC portfolios. The direction was for Nightfall to feel totally new. Unlike anything the BBC has produced before. That was our kind of brief! 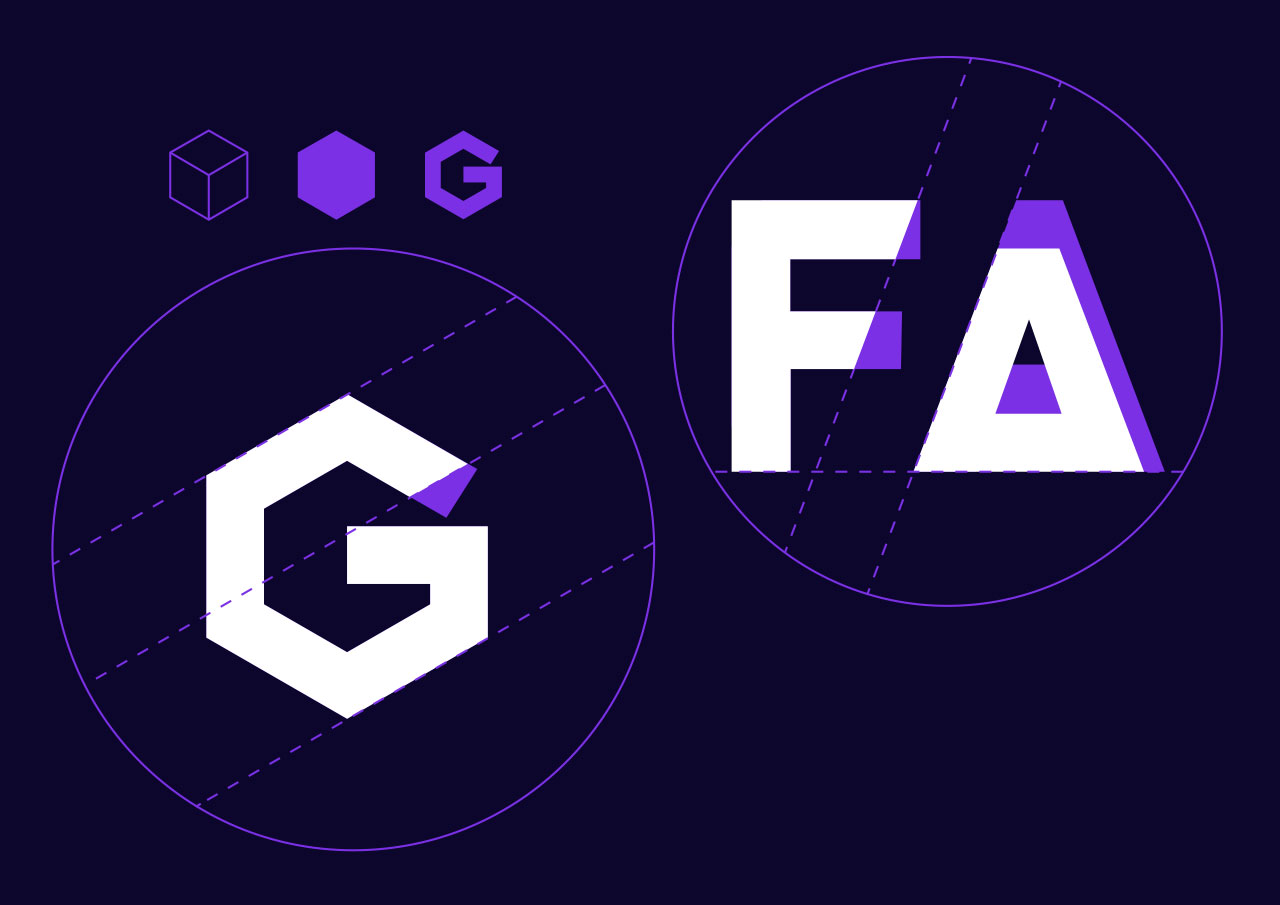 Typographical exploration around the identity.

The chosen direction, based on light and dark, was then tested with the eight-11 age group to ensure they were engaged, intrigued and suitably scared!

We created a diverse colour palette and original design elements within a unique graphic language to represent every stage of the game. A gradually darkening colour palette denotes players progression through the levels. Our branding icon, The Watcher, represents all the nightmares that watch and hunt players in the dream realm, and (in reality) induces intrigue and uneasiness in equal measures, stopping the user in their tracks and motivating them to find out more. A distinctive typeface echoes the ‘future tech’ cues of our brand positioning.

Together these elements create a suite of powerful, instantly recognisable, brand assets that work independently of the game and appeal to the key older influencers in our target age group. 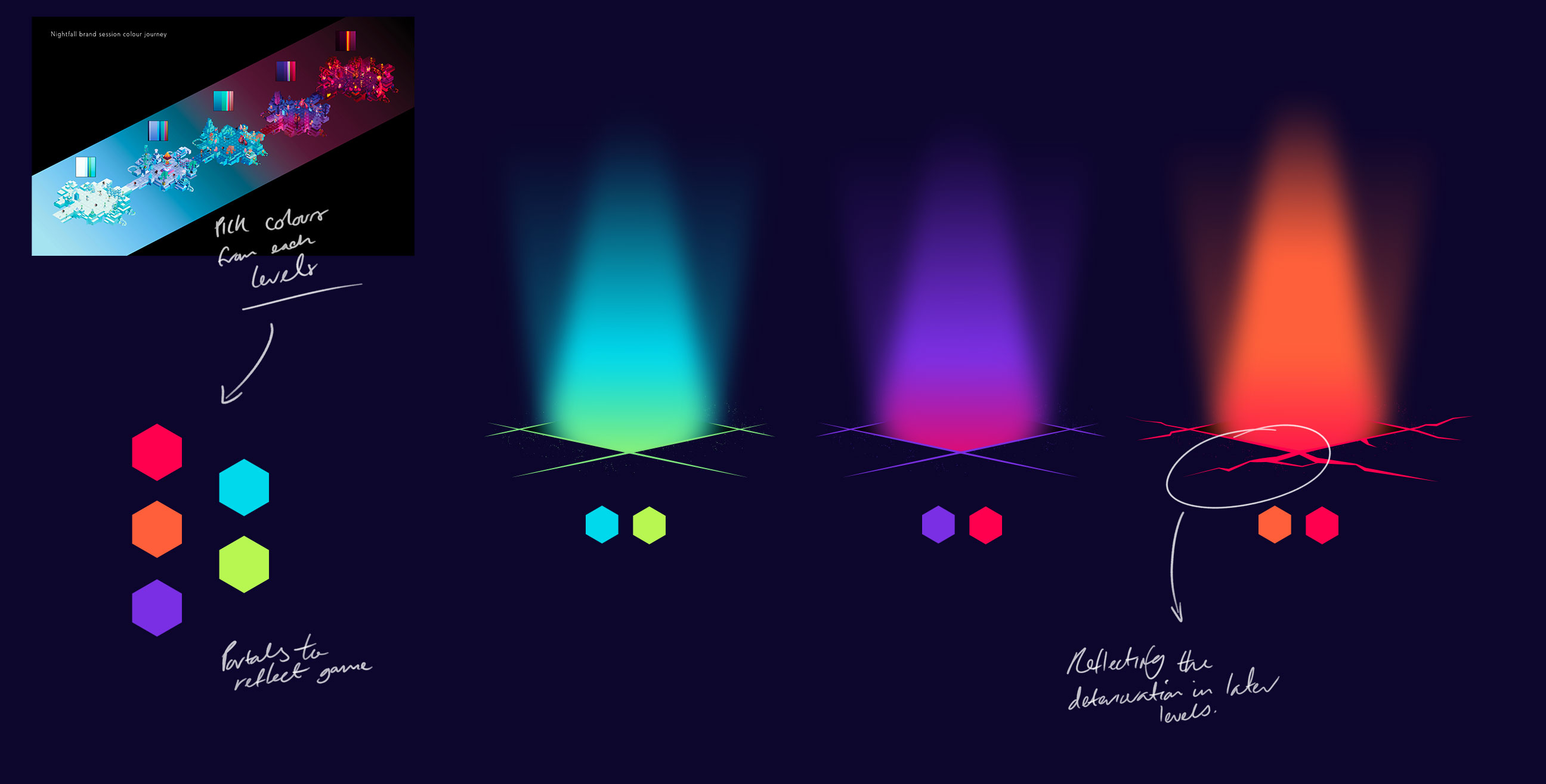 MERó was also charged with developing the offline and out of game representations of characters from within the game.

Our first consideration was striking the balance between what’s age appropriate, while bearing in mind that children won’t engage with a game that appears too young. We needed it to be just the right side of scary, but without actually giving anybody nightmares! That meant lots of research and controlled user-testing.

In exploring the nuances of the eight to 11-year old audience, we realised the need to design characters with an older player in mind – probably leaning towards the ages of 16. These children are well accustomed to the gaming landscape. They’re not easily spooked and they’re hugely influenced by what their older peers are playing and watching; as well as of course, YouTube.

So, we focused on the bad guys, the characters creeping out of the darkness, ready to be taken on.

In the developmental stages (before showing it to children) we took the characters to some scary places, using anything from old game titles to film and tv references as inspiration. Our initial ideas were then scaled back to create the final characters.

At every point, we’ve conducted lots of research and controlled user testing and we believe we have hit the mark for the target age group, creating something that children (and adults!) are getting really excited about. 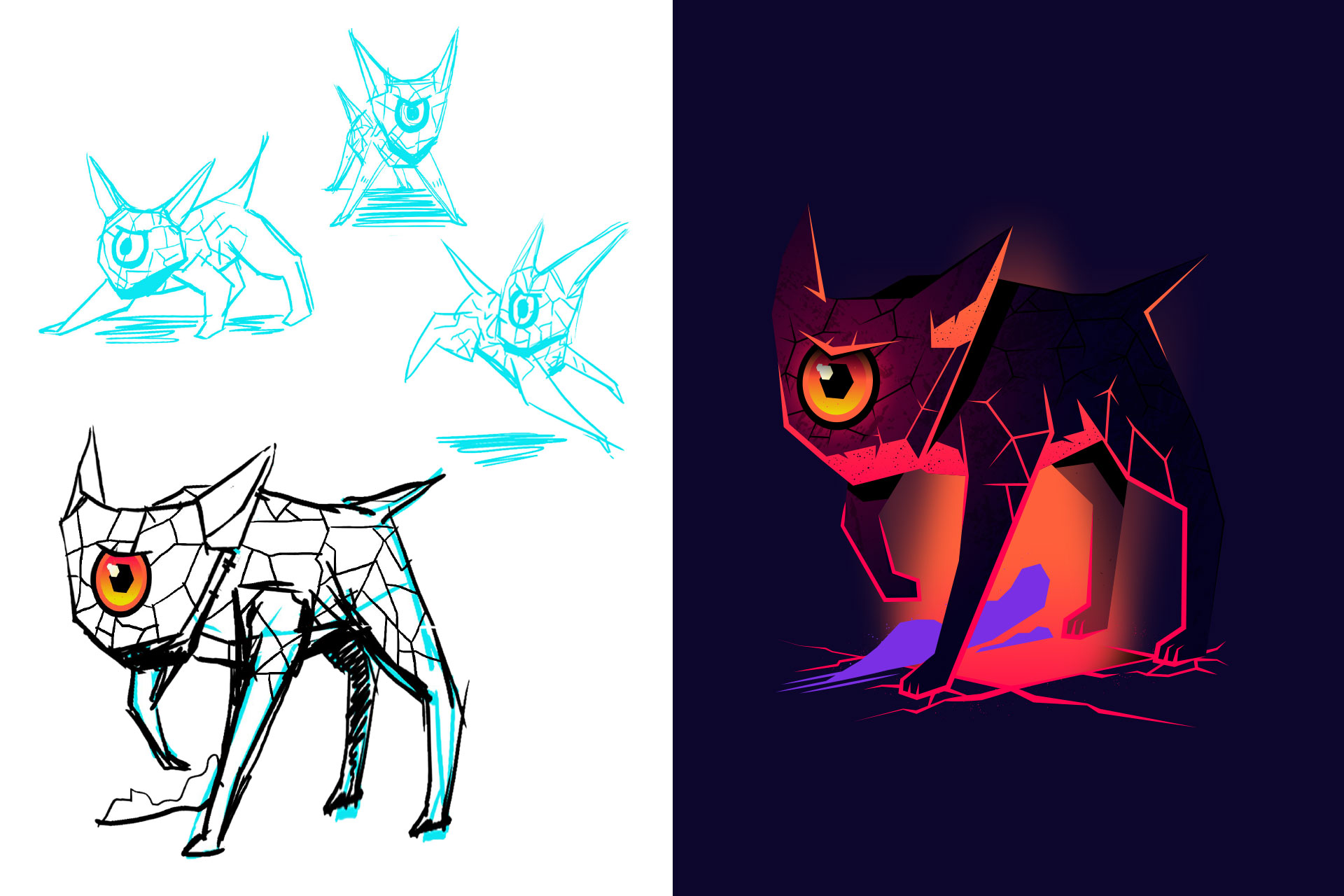 Out of game character development.

It’s been anything but a Nightmare

Our first foray into gaming, Nightfall has been a dream project for us to work on. It’s been extremely rewarding and allowed us to experiment within a new and exciting genre, one that we’re keen to explore further.

By now, you've probably heard of the new General Data Protection Regulations that come into effect on 25th May 2018.

Here at MERó, we'd like to let you know that we’ve got it all covered and your personal information is safe with us.

The information we hold about you is purely to be able to continue working with you and comply with HRMC obligations. We will never sell it to third parties for marketing or advertising purposes.